Zoo Atlanta president Dennis Kelly (left) and Chengdu Research Base of Giant Panda Breeding director Dr. Zhang Zhihe unveil the name of the zoo's giant panda cub during a ceremony. ?Mei Lan,? which translates to ?Atlanta Beauty? won in an online poll, receiving 22% of the 57,015 votes cast. Voters were given a list of 10 names from which to choose. The names were suggested by several institutions interested in panda conservation including local media, Zoo Atlanta staff and volunteers, Panda Express (a Zoo Atlanta sponsor) and the people of China. 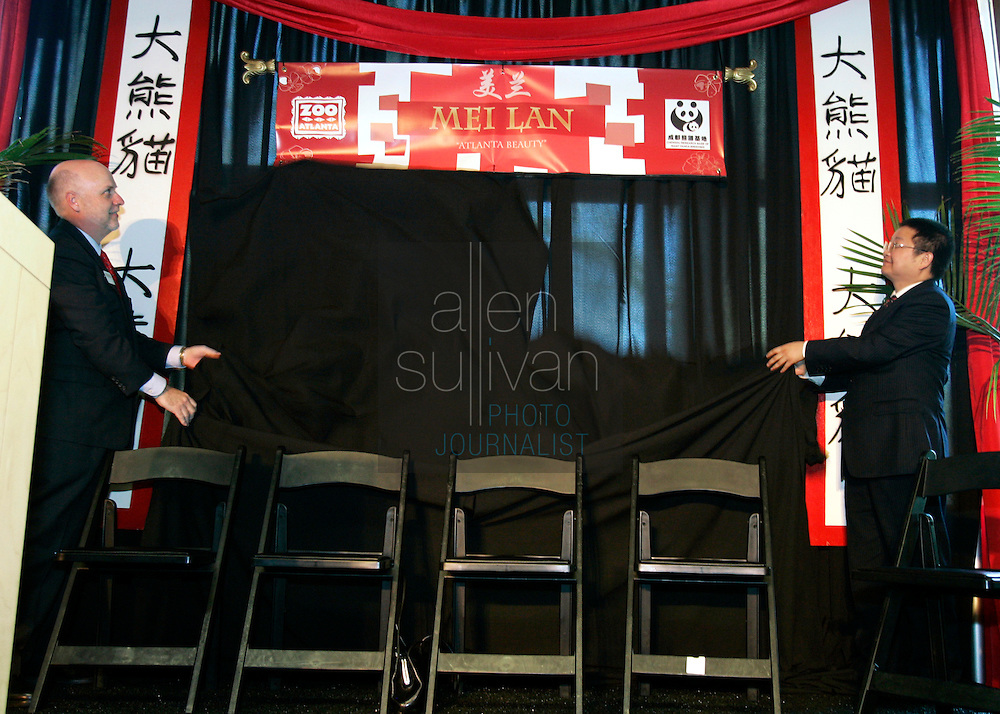